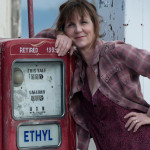 Jeannie Watt grew up in northern Idaho, where she thought she might become a marine biologist. Instead she double majored in education and geology, graduating just as the mineral exploration market imploded.  She worked driving a train in an underground mine for a year—one of four woman on a crew of three hundred—then headed back to grad school, where she met and married her geologist husband.

Jeannie and her new husband headed to northern Nevada for a one-month geology contract and ended up staying for 32 years, as one does. After 29 years of teaching middle school science, and 22 years living off the grid in the middle of Nevada cattle country, she and her husband headed to Montana, to help manage her parents’ cattle and hay ranch. She enjoys driving less that 35 miles to shop and having full-time electricity.

Jeannie writes what she knows—cowboys and small towns. She’s been writing for Harlequin since 2006 and began writing for Tule Publishing in 2015.