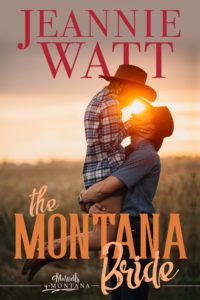 After a decade away, Jacie Rose has returned with her daughter to Sweetheart, Montana to renovate a historic hotel…and to lay some ghosts to rest. She knows she’ll have to confront mistakes she made in the past, but she didn’t expect to be living right next door to the guy she once asked to be her husband.

When Brett Jackson was approached ten years ago by Jacie Rose with the wild scheme of marrying her to help her out of a jam, his white knight instincts kicked in and he agreed to be her emergency groom. The only problem was that the bride didn’t show up for the wedding. How’s he supposed to get used to seeing the woman he’s never forgotten every day now that she’s his neighbor?

Determined to provide the secure home life for her daughter that she never had, Jacie is not about to bring a man into her life—even one that she sometimes thinks should have been there all along. But Brett and Jacie soon discover the spark between them is even stronger than before… Now that their paths have crossed again, will they lead them back to the wedding that almost was?